ABOUT
Set in 1613, this archetypal French Revenge Tragedy tells the story of a cruel Moorish slave who decides to take revenge on his Catholic French masters. After having captured his mistress, he rapes her and savagely kills her two children, while blackmailing the father in the most horrible way.  Blood, violence, revenge and final suicide, Shakespeare’s Titus Andronicus is not so far… But, paradoxically, the elegant French Alexandrines make the music.
The tragedy of The Cruel Moor showcases the problematic relations between races and civilisations through startling images and major dramatic effects. It exposes the contradictions, clashes and hesitations of the colonisation process. And as is very often the case with pre-classic plays, the audience is deliberately left to its own devices, the play offering no pre-established moral. It is up to the spectator to choose between good and evil, black men and white men, colonists and colonised... 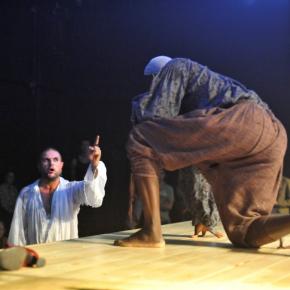 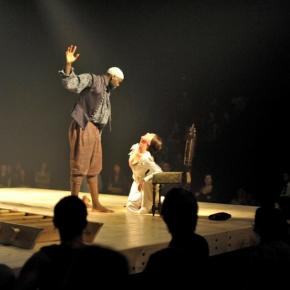 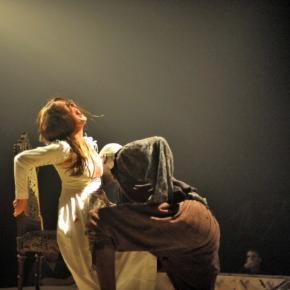 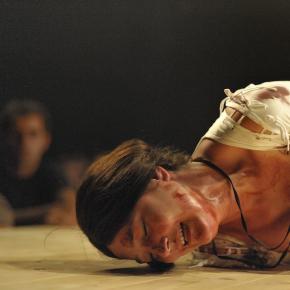 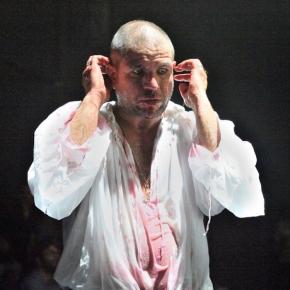 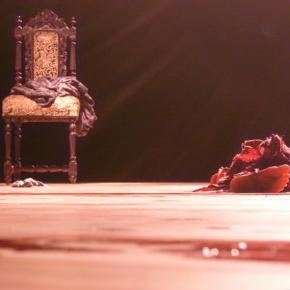